The following is a Letter of Interest submitted in response to a Request for Qualifications to enter a National Design Competition to build a National Holocaust Memorial in Ottawa.

On behalf of our team, I am submitting this letter of interest as well as all the required documents for the RFQ of the National Holocaust Monument.

Individual reasons of our team members for wanting to create this monument are as follows:

As Team Leader, James Miller is an artist with broad creative abilities in the visual arts, music and the written word.  His interest is based on an artistic vision that believes that not only should we never forget the Holocaust but that we should also use it to remember that it is our unity that overarches our differences.

While captivated by the beauty found on all levels in creation James has, through more than 40 years of practice as an artist, also created works that question why a world that aspires to peace has so much trouble realizing it. Key early experiences in his life have convinced him love is the most important force in creation and that all existence is unified in Absolute Being.

Bombus Terrestris, 1970, is a work that visualizes the latter concept and forms the basis of the banner for his website, business card and other promotional material. 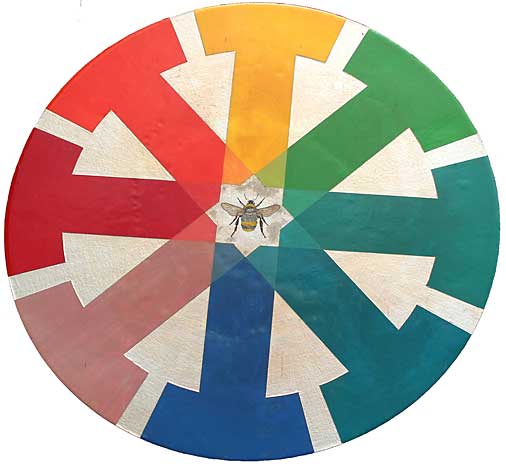 More recent works, two meter square canvases, Sinistroverse, 2008 and its visually opposite companion, Destroverse, 2009, place James’ name among those that he considers revered figures (in one painting) and reviled figures (in the other) wrapped across swastikas, a symbol, because of its use by the Nazis, accepted in the West as synonymous with evil, yet still respected as positive in many cultures and religions in the other parts of the world. 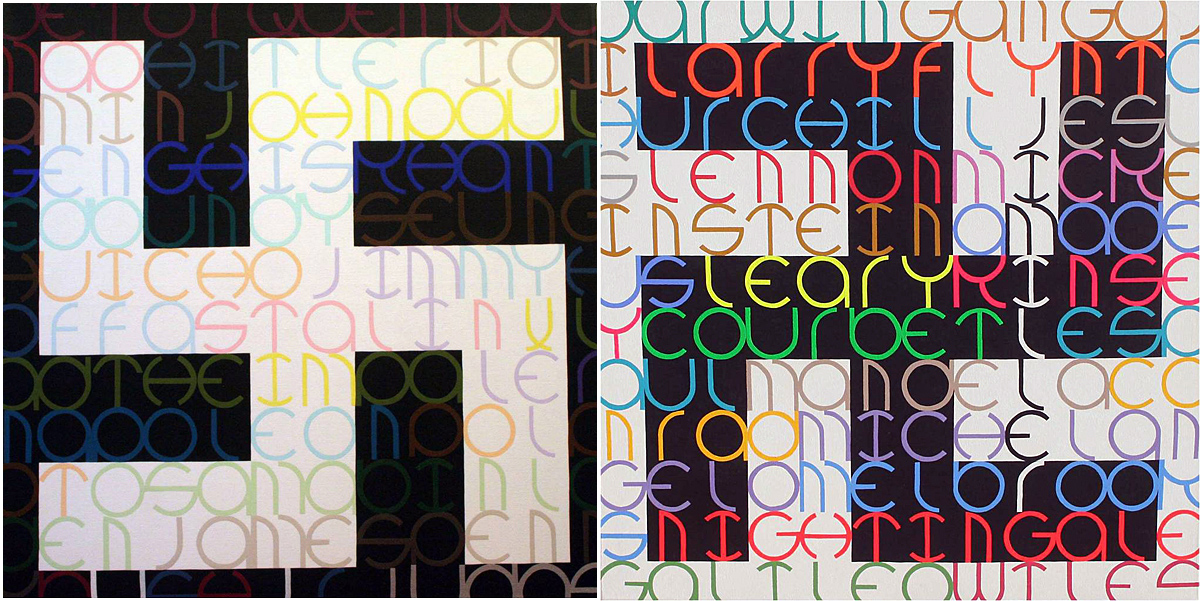 James believes his interest in exploring the use of symbols in his art and his interest in the nature of good and evil found in all of us, makes him an ideal candidate to create a National Holocaust Monument that is contemporary, enriching, thought-provoking and one that will endure for generations to come.

His work is  certainly thought-provoking. The swastika diptych had to be withdrawn from public display in Nanaimo when, almost in reminiscence of kristallnacht, threats of breaking the glass that sheltered them from the street were delivered. 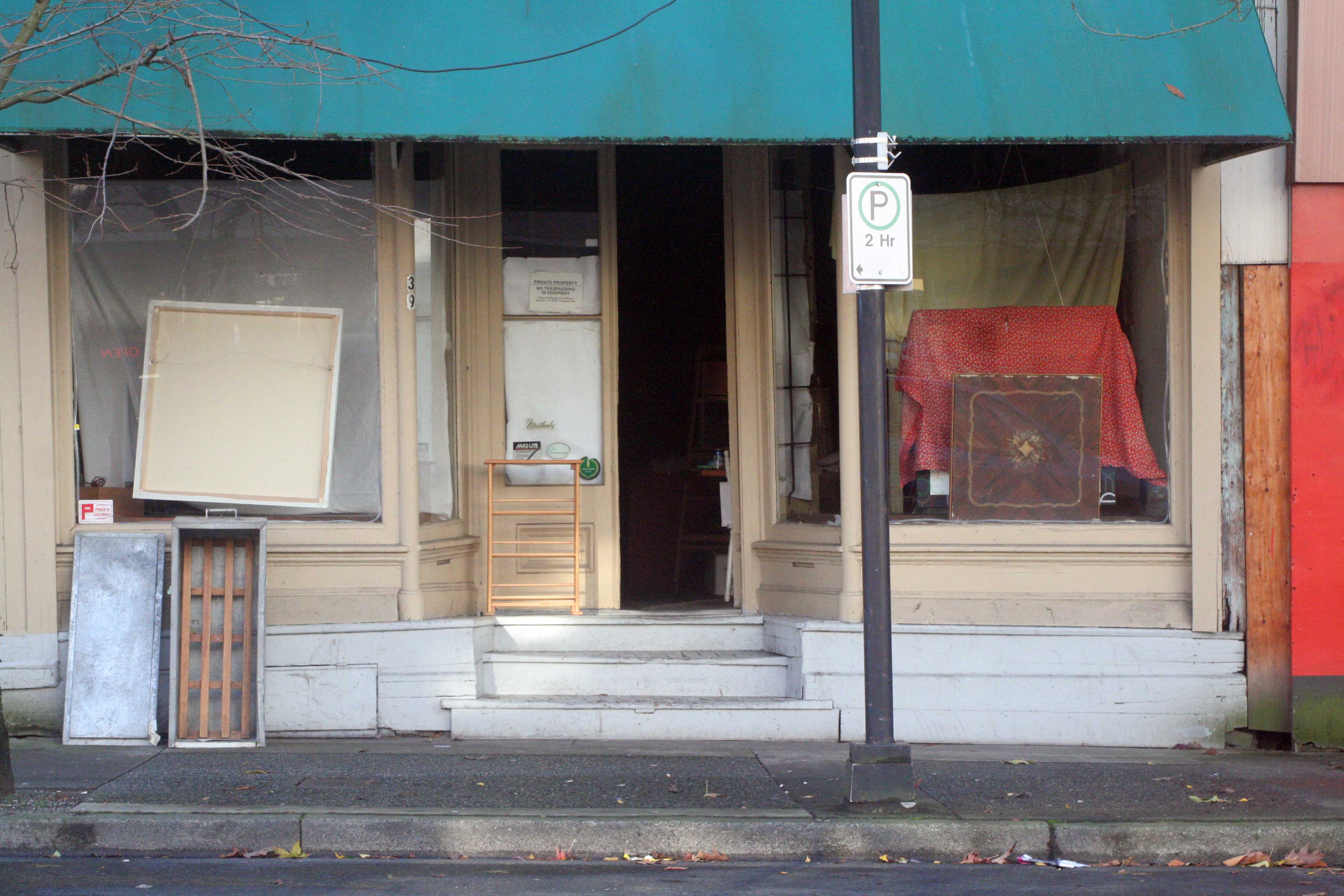 When James read in Canadian Art, in early August, of the National Holocaust Memorial competition, creative ideas flowed and he developed a concept model, which he includes because, while he realizes the RFQ is not calling for concepts at this point he felt a need to demonstrate his ability to think and create in terms of architecture and memorials.

Joining James on the team is Vivek A. Menon, Architect AIBC, MAA, MRAIC. Vivek has over 15 years experience practicing architecture. He graduated from The University of Manitoba’s Faculty of Architecture, as well as spending a year at The Frank Lloyd Wright School of Architecture. He has worked on a range of significant projects, and has risen quickly to the top of his profession in the firms he has worked for. He has experience on projects large and small. He has also worked on a number of cultural and historic projects.

Vivek’s interest stems not directly from the memory of the Holocaust, but from memories of his family during World War II. Vivek’s family is of Indian descent, but before the war they lived in Burma. After the war started, and when it was obvious the Japanese were going to invade Burma, Vivek’s grand parents and their children fled back to India, but had to leave behind the rest of their family. Even to this day his family has no idea what happened to their parents, grand parents and siblings who stayed behind.

Vivek believes that the National Holocaust Monument should not be a monument to a single ethnic or religious group, as many more people were harmed or touched by this event, but should be a monument to remind everyone that this should never happen again.

In conclusion, I would like to thank the members of the jury for participating in this process and taking the time to review our submission for this important project.