Please consider me in your search for a Communications Specialist, Academic Affairs.

My life has never been far from creative expression and communication.

After studying Commercial Art in high school, I enrolled in the BFA program in Art at the U of A; later opting for a B.Ed. degree, which I completed in 1983. My last two years of study, I was a writer for Students’ Union Gateway and, in my final year, I served as Production Editor. My final year also saw me turn down an offer to complete an Honors Degree in English.

I had hoped to stay on as Editor but my disappointment on not being elected was short lived, as I accepted a position as a Communications Officer II at The University of Calgary. In addition to writing for the bi-weekly Gazette, I also provided writing, photographs, illustrations and graphic design. As you’re aware, universities are stimulating places and I provided articles on student, staff and faculty activities, often seeking creative ways to make technical material accessible and engaging to a general audience. My article, New ways to slice the mapping pie, and its accompanying commissioned illustration, is one example. My bio of new staff member, Beatrice Medicine, illustrates my ability in that regard. Two important developments I covered during my time at the U of C were the promotion of the university’s involvement in the 1988 Winter Olympics and, in my position as Gazette co-editor, to interview the then (and now) Fine Art Professor, Gerald Hushlak, in regard to allegations of sexual impropriety. The U of C offered free tuition to staff and I completed courses in art history, Canadian history (with Grant MacEwan) and Communications Research Methods.

After four enjoyable years, I joined Grant MacEwan Community College as a Journalism Instructor teaching courses in mass media, graphic design, photojournalism and news laboratory. Deciding I’d rather write than correct, I left this position and moved to Vancouver, joining Canadian Forest Industries Magazine as Western Editor, where I covered all aspects of the business including harvesting, milling and safety. The position I’d hoped to be long term proved the opposite and, after some freelancing in Vancouver, I purchased a Val-Pak direct mail advertising franchise and moved to Nanaimo. Advertising sales was a challenge and I did my best to convince my clients that advertising was an investment and not an expense. Thankfully, in the coupon business, that’s more easily proved than in others, but I was surprised at how, even when the numbers were good, my clients resented the money they “spent” with me.

After selling the business, I freelanced in Nanaimo for the BC Business Examiner, Free Press Real Estate, Free Press Showcase and wrote for the Nanaimo Daily Free Press, before joining T-MAR Industries in Campbell River as Marketing Manager. At T-MAR, among other duties, I produced company videos, advertising, brochures and used my knowledge of communications methodology to survey customers. I also launched the company’s newsletter, The T-MAR Times.

A downturn in the industry ended this position and, after teaching a number of courses on a contract basis for the Nanaimo School District, I spent the next 10 years teaching students from grade-three to adult in six countries. While overseas, I developed curricula, educational materials and assessments for many different educational programs including the Irish Leaving Certificate, IGCSE and PYP, MYP and Diploma Baccalaureate. In the UAE, I worked to develop a curriculum for the instruction of vocational mathematics and co-wrote a series of workbooks and assessment materials in support. I also wrote and produced a documentary, Truck Logging in Africa. In Saudi Arabia, I produced a film based on my children’s story, The Apple of Albert’s Eye, using illustrations provided by my grade-seven classes. I believe my video skills could prove useful in this position. Consider my application for the position of Traveling Ambassador for Air Transat shot in the desert and on a ski hill in Dubai.

Returning to Canada in 2012, I completed the first year of the Hearing Aid Practitioner Program at MacEwan and, later, the Residential Property Licensing Examination at UBC, two demanding online study programs.

So, in what I consider a relevant aside, I am one of very few people who has studied at MacEwan, taught at Grant MacEwan and been taught by Grant MacEwan.

My return to Canada also saw me launch my website jamesmillercreative.com to highlight my creative talents in writing, painting, photography, videography, music and graphic design. After contracting out its initial design, I have managed its contents for the past 10 years. My art emphasizes the positive and my Happy Face Series is a good example. I have a working knowledge of MS Office, Illustrator and Photoshop. 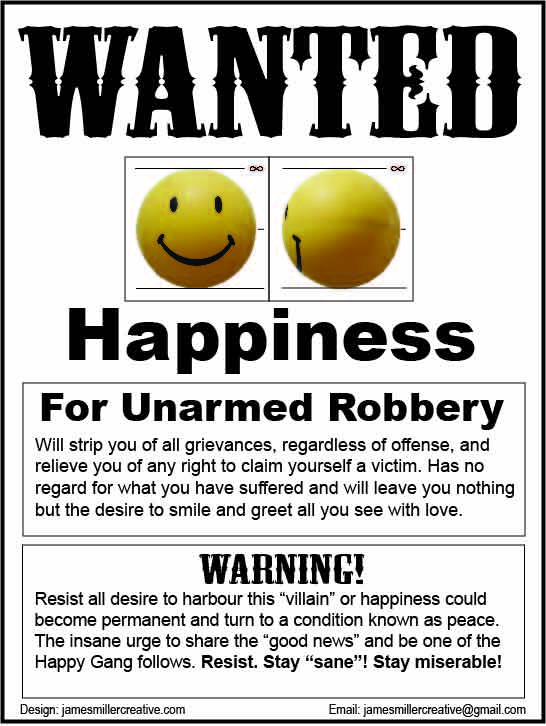 To my mind, of course, I am a strong candidate for this position. The question is, “Do you agree?” Perhaps, you wonder, if I still have the ability to work with complex subjects and not only analyze and synthesize them, but also examine them for logical consistency.

In that regard, I invite you to consider my article, Assholes – Another Theory, critiquing the book, Assholes: A Theory, by Harvard educated philosophy professor, Aaron James. I believe it is an important piece of writing because it examines our interactions in an increasingly polarized world, asking: How do we approach those we believe are behaving unacceptably? Or, to put it more succinctly, as the book title suggests: How do you deal with assholes? James actually considers physical beatings and “reeducation camps” (I kid you not), while I argue for dialogue and an understanding of the root cause of the perception of difference.

Thank you for your time in considering my suitability for the position of Communications Specialist, Academic Affairs. Let me conclude by suggesting we meet to discuss the contribution I could make to MacEwan in filling this position.